How To Open Microsoft Office Documents in VMWare Fusion By Default

As much as I’d like to have a homogeneous operating system environment, it’s just not possible because of incompatible file formats or programs. So I have a virtualised copy of Windows running together with OSX on my Macbook Pro, which takes care of any programs or files needing Windows. 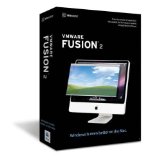 One thing I like about VMWare Fusion is the Unity View, which allows me to run Windows applications within OSX. I tried running Mac Office 2008, but it’s HORRIBLY slow, and formatting sometimes is off. So I prefer to leave my VMWare copy of Windows XP running, and use Windows Office 2007 to handle any Office documents that I come across. That’s actually pretty common, especially with group work.

Another benefit is that Mac Office Excel 2008 does not allow you to create and run macros in them. I use a ton of macros in my work, so I really need that functionality.

After I made the decision to switch away from Mac Office 2008, I was figuring out how to actually change the default application for .doc, .docx, .ppt, .pptx, .xls, .xlsx files, because I want Windows Office 2007 to launch whenever I open those files.

Turns out it wasn’t that hard – you just need to launch your virtualised Windows, then run any Office program from that. For the sake of this example, I’ll use Excel. Then, switch to Unity View, and you should see the Windows Excel icon in your dock. Now right-click, and click on “Show in finder” to find out where the real app file is.

For me, I created an alias to Word, Excel and Powerpoint, and then dragged them into my ~/Applications folder. Next I went to associate my .doc, .docx, .ppt, .pptx, .xls, .xlsx files with those aliases.

That’s it! Your files will now open in the virtualised Windows Office instead of the Mac Office from now on 😀

? I highly recommend it, and Amazon has a fantastic deal on it now, so go get VMware Fusion 2

This new version of VMWare Fusion has better performance, multi-monitor support for Unity View, improved graphics support, and a whole host of other features. It even plays the latest Windows games! If you’re looking for a solid virtualisation software, I wholeheartedly recommend VMWare Fusion 2.

Share This With Others Who Would Find It Useful